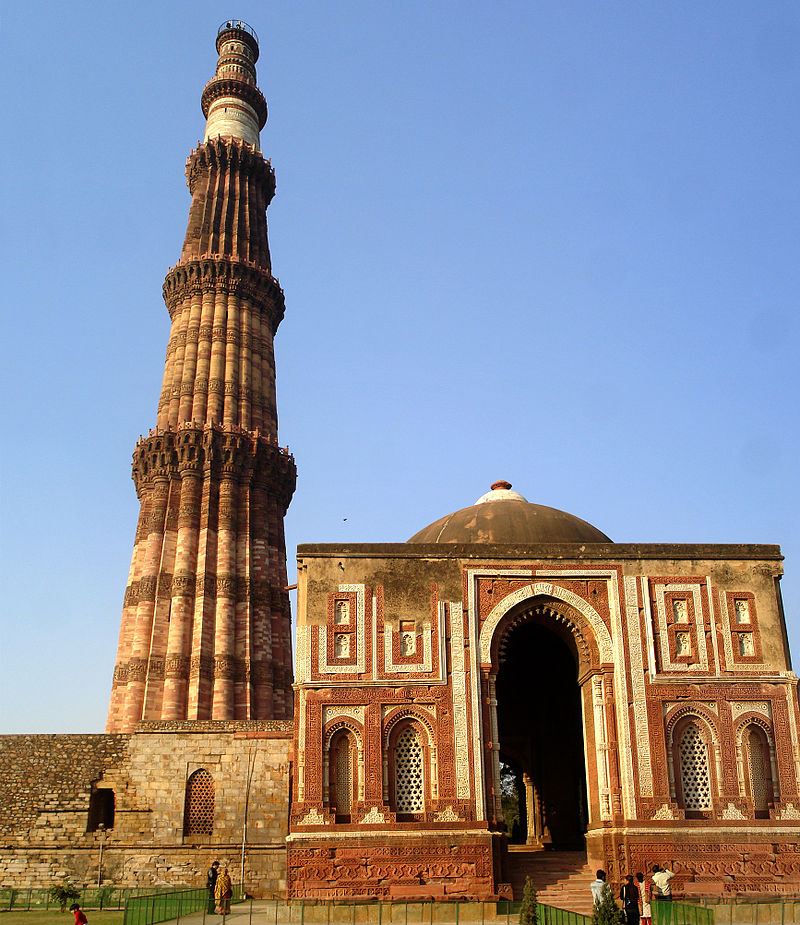 The Delhi Sultanate ruled the city between 1206 and 1526. Their rule saw the development of early Indo-Islamic architecture the most prominent being the Qutb complex, a group of monuments surrounding the Qutb Minar.

Indo-Islamic architecture is the architecture of the Indian subcontinent produced by and for Islamic patrons and purposes. Despite an initial Arab presence in Sindh, the development of Indo-Islamic architecture began in earnest with the establishment of Delhi as the capital of the Ghurid Dynasty in 1193 CE. Succeeding the Ghurids was theDelhi Sultanate, a series of Central Asian dynasties that consolidated much of North India, and later the Mughal Empire by the 15th century CE. Both of these dynasties introduced Persiante, Turkic and Islamicate architecture and art styles from Western Eurasia into the Indian subcontinent.